Nick and I bought this patio set from craigslist the first summer we were in this house. At $75 it was a steal, but I can count on one hand the number of times we’ve used it. It was so grimy and rusty that I never wanted to sit, much less eat. 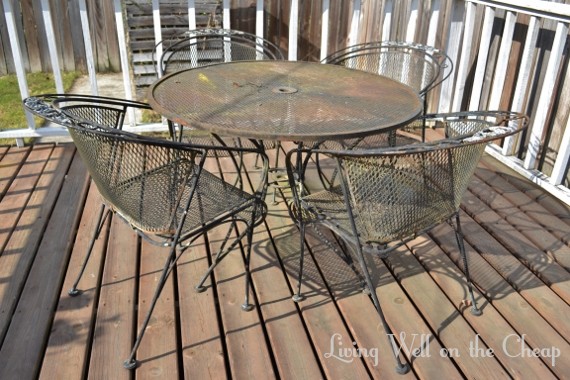 It wasn’t this bad when we got it, but three years of exposure to the elements had really taken their toll. 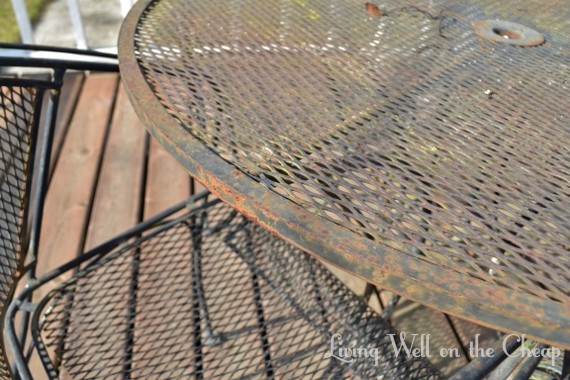 I finally got inspired to try to fix it up this year! I gave the whole set a quick pass with a wire brush (at least a month ago), sprayed it down with the hose(last week), and then dragged the chairs around to the front yard (this weekend). I created a handy painting station with the concrete walkway and some protective paper that I got in a big roll at Home Depot for $11 and use for everything from painting to gift wrap. I have been thinking about doing this for two months so it was so great to finally make it happen. 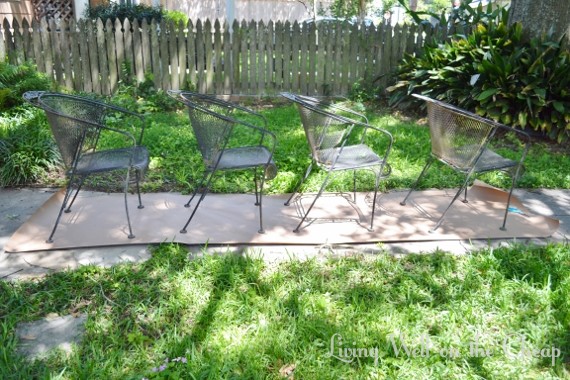 This can of black enamel spray paint was about $3 if memory serves. I picked it up kind of on a whim and wasn’t sure whether it would work so I just bought one. I ended up going back for another can to finish the project, so if you’re trying this at home you may want to invest in two cans from the get-go. 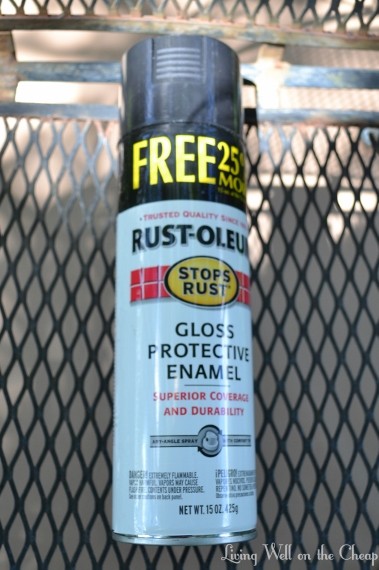 After only one coat the chairs were looking great! I guess because I was painting black-on-black I didn’t have to worry too much about getting perfect coverage. I was just trying to cover the rust and get a more even appearance. I don’t even mind a little character-building grime on the areas that don’t come in contact with skin or clothing. I did go back a little bit later to touch up some thin spots, but I really didn’t stress about perfection. 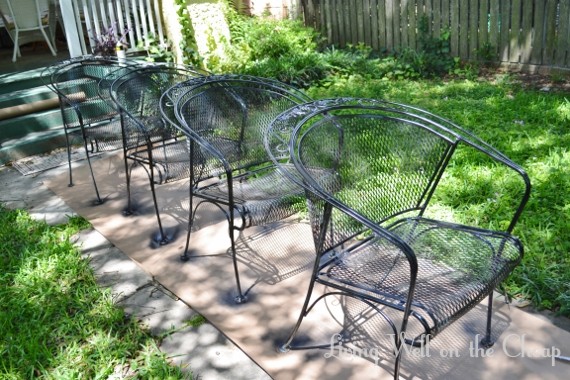 I let the chairs cure out front for a day or two before having Nick switch them out for the table. It was looking better after the wire brush treatment, but still had a long way to go. 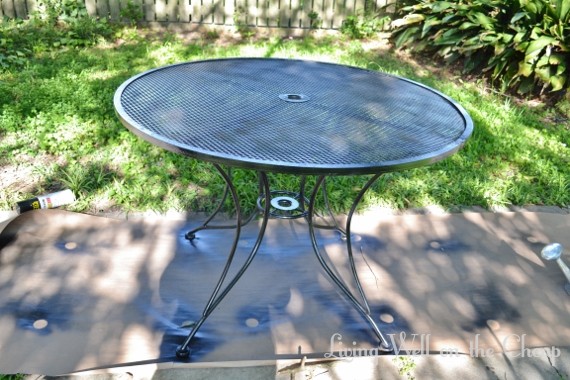 When Nick got home from work yesterday I had him move the table back to the deck and I put it all back together. I can’t get over how much better it looks now! I really wasn’t sure whether the spray paint would work well at all but I’m so happy with it! 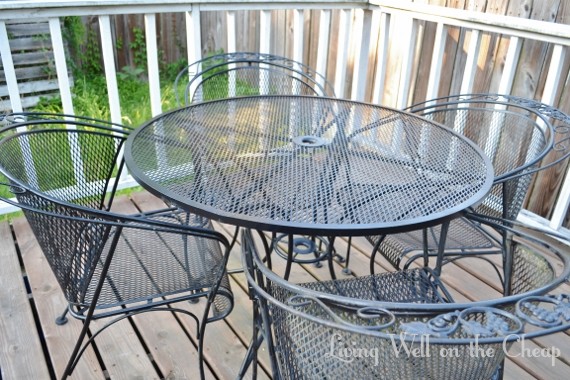 So. Much. Better. Now this is a table I can eat off of! 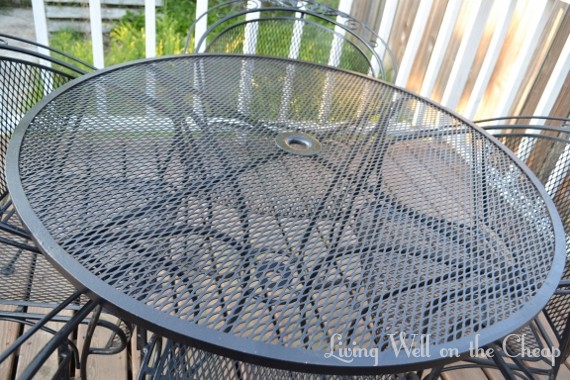 I was also excited to set up this umbrella I bought (again, impulsively) on sale at Lowe’s a few weeks ago! One of the things that has held us back from hanging out back here is that the sun is relentless. The umbrella is perfect for providing a little shade in the summer months. I wish I’d held out for one with black hardware instead of white, but it’s not a huge deal. It was only $35. If I’d known big umbrellas were that inexpensive I would have gotten one years ago! For some reason I always thought it would be like $100. 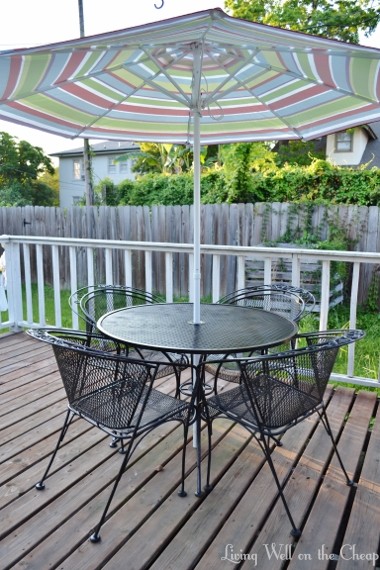 I’m itching now to set up our grill and have a meal out here (note to self: google how to grill). Maybe Nick and I can have a little at-home date night with dinner on the deck after Jack’s in bed. Or I can sit outside and sip a mojito with all the free time my stay-at-home-mom lifestyle affords (LOLOLOLOL). We still have a lot to do to make our backyard a more pleasant place to be (um, like maybe mow it more often?), but this is progress. One small step for spraypaint, one giant leap for outdoor living!