Happy Monday, y’all! I hope you each had a great weekend. We brought home this year’s Christmas tree on Saturday. I debated even getting a tree this year–Jack is still pulling to stand and I worried he would pull it down on top of himself–but after googling tree babyproofing techniques I was feeling confident enough to give it a try. In the past we’ve cut our own tree from a farm in the nearby community of St. Francisville, but both that farm and another large one in Zachary closed after last season so I was scrambling to find a new farm to visit and made a last minute decision to just get a pre-cut one from a nursery five minutes from home. It’s a fir from North Carolina, which is different from the Louisiana-grown cypress trees we’ve had in the past. I picked one that was only five feet tall A) because they were expensive (this one was $35 before tax) and B) because it just seemed more manageable. Verdict: I’m not sold on the retail lot experience, but I am totally sticking to trees 5′ and under from now on. It was much easier to get home and into the house, takes up less room, and was easier to decorate. Bigger is not necessarily better in this instance, at least not for us. 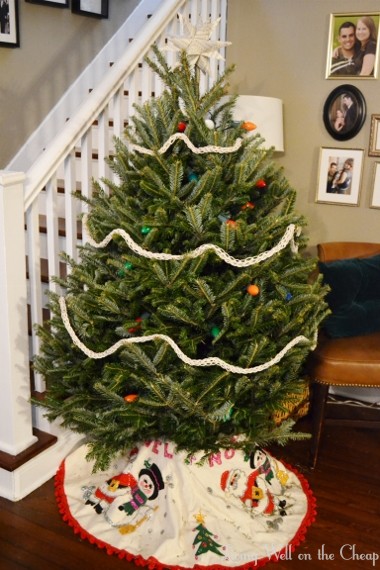 I haven’t put any ornaments on it yet, but I did craft a handmade topper and garland so that’s bonus points, right? I’ll post about how I made those tomorrow and Wednesday. 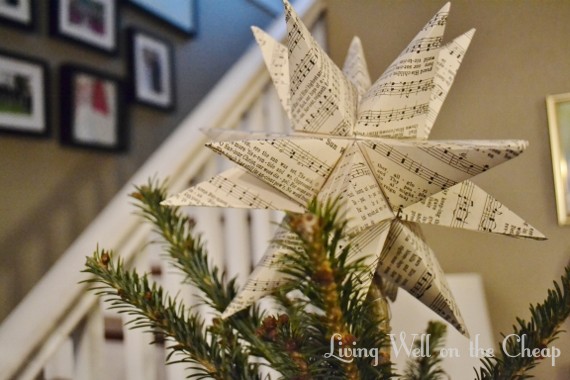 And even though I had big plans to secure it to the stair railing with fishing line and surround it with a fortress of weighted fake presents, Jack has shown no interest in touching it so far! If this keeps up I won’t bother with the babyproofing efforts. I’m almost hesitant to tempt my luck with ornaments at this point. 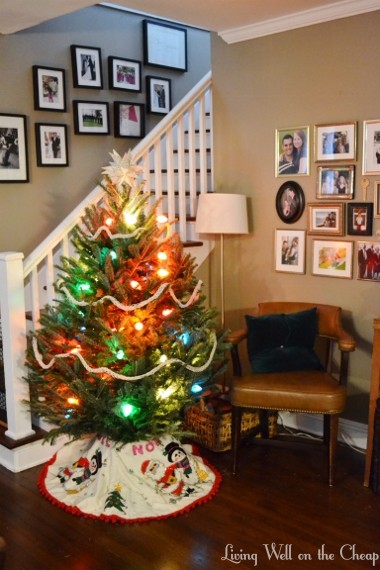 I just remembered that I haven’t checked the water since Saturday, so I should probably get on that before my little overpriced tree starts to drop its needles. Have a happy Monday, my friends!