You Down With M.O.P.? Yeah You Know Me

I’ve been into mother of pearl for some time now. It just feels so classic to me, and at the same time the irregularity and natural patina are anything but stuffy. I’ve been getting brave and branching out with some more handmade items for my shop this year and on the agenda were a few items made with mother of pearl buttons. I ordered a lot of vintage buttons from etsy, then bought flat tacks, earring posts, and small magnets from Amazon. One day while Jack was napping I sorted through the buttons to find the prettiest and most uniform ones, then arranged everything on a square of cork. I stuck the magnets to thumbtacks to help them stay in place while I worked. I also used a sanding block to rough all the metal surfaces up a little.

I mixed up some epoxy in a small plastic cup with a toothpick. Next time I’ll look for epoxy that dries clear, but the dark gray isn’t a dealbreaker.

I used the toothpick to smear a thin layer of epoxy on each thumbtack, then carefully applied a button to each. I repeated the same process with the earrings and magnets.

After leaving them to cure overnight I was excited to check out my creations! They turned out pretty well overall. Here are the magnets. I used neodymium magnets, which are super super strong. There were actually a few casualties when I let them get too close together. But as long as they’re stuck to metal they’re fine. 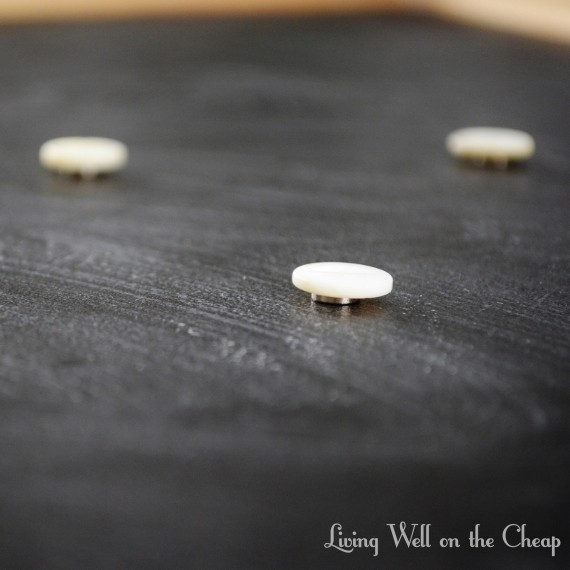 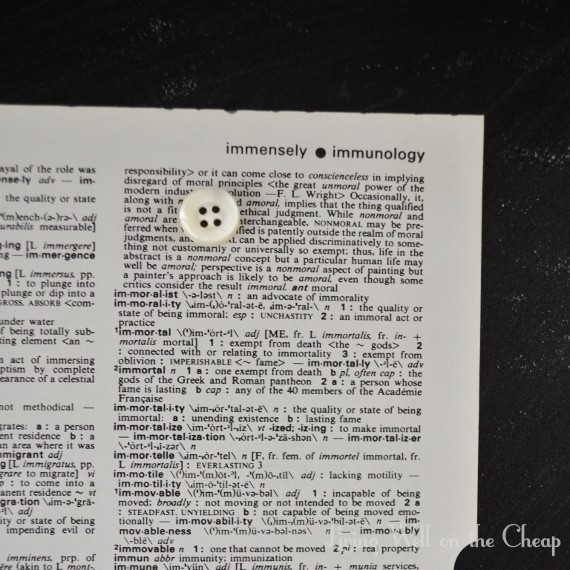 I think the earrings are my favorite. I’ve made mother of pearl button earrings before, but they weren’t round and they weren’t as durable (I used craft glue instead of epoxy that first time). 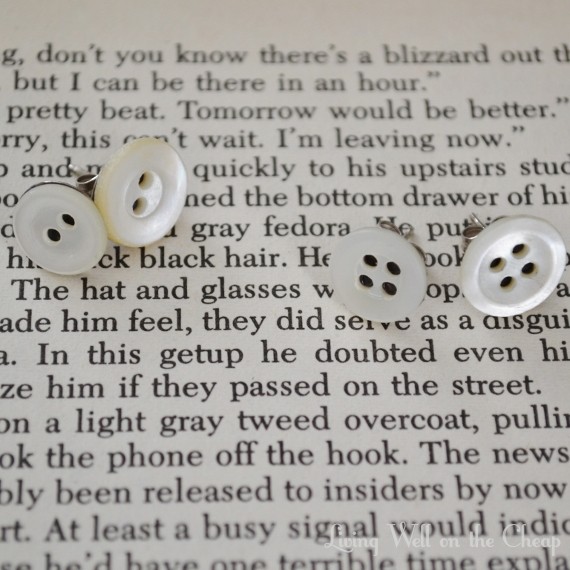 My pictures of the thumbtacks didn’t come out well and I didn’t have a chance to take new ones before posting, but here’s one to give you an idea.

This is the kind of project that is really well-suited to mass production. If you’ve got a ton of women on your Christmas list then you could totally whip up a dozen gifts in no time and for relatively little expense. You can even get earring cards for a few bucks at Hobby Lobby to make the earrings look all official and fancy. I’ll be shipping the thumbtacks stuck into a square of cork, but I haven’t come up with a cute way to package the magnets yet. They need to be stuck to each other or to a piece of metal so that they don’t fly into each other all willy nilly in transit. Any suggestions? As soon as I get a few more pictures taken I’ll be listing these in my shop, so if smearing epoxy with a toothpick doesn’t sound like your idea of a good time then you can just order some from me, haha. Happy Thursday, y’all!