How I Finished the Undersides of My Cabinets

I realize that this is a rather uncommon problem and that a tutorial on how I resolved it is unlikely to benefit many of my regular readers, but since I had such a hard time figuring it out and couldn’t find any guidance online I figured that maybe somebody out there might find it helpful. In the photo below you can see that the undersides of the two upper cabinets in my kitchen were left unfinished. This probably wouldn’t be a big deal except for A) the cork-like surface that was exposed was kind of gross and B) I have an under-cabinet stemware rack that can only be installed on a more sturdy surface. When we first moved into this house I rigged it up with a piece of scrap wood but it never looked right and so I took it down when I started working on the kitchen a few months ago. 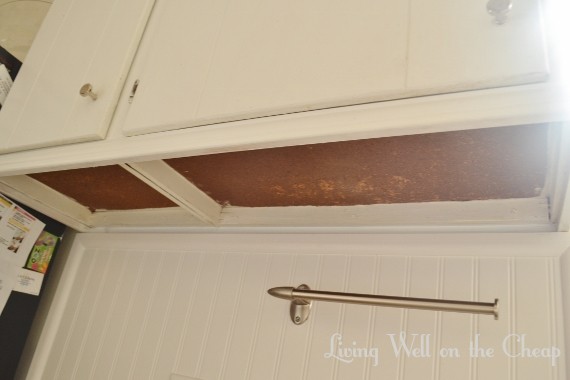 It’s taken me that long to figure out what to do here. My first thought was to install some 3/4″ plywood using pocket holes to attach it to the frame. When I bought plywood for the DIY pantry doors I had Nick cut a couple of pieces to fit under the cabinets, but it turned out that it was actually too thick. I wasn’t devastated because I don’t know how to drill pocket holes anyway.

Once I decided to use thinner plywood, I needed to figure out how to attach it. I was thrilled when I came up with the idea to screw a small block cut from scrap wood into each corner and use it to attach the plywood. 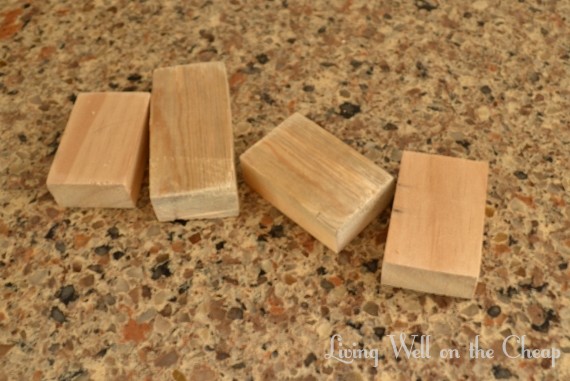 I secured each block to the frame of the cabinet with two screws. The bright light from the window makes it difficult to see, but the trim around the edge of the cabinet comes down a little further than the frame so the blocks are kind of hidden up there. 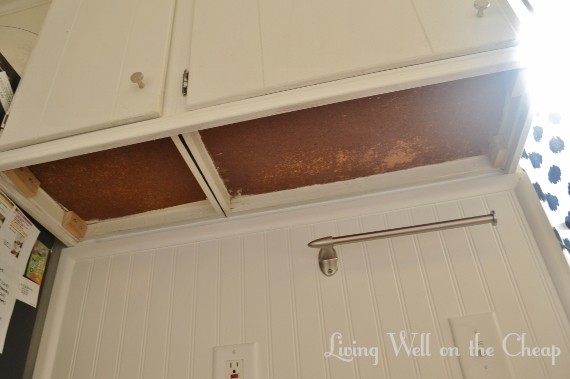 This created a perfect setup to attach some 1/2″ thick plywood with a screw into each block! On this particular cabinet I added an additional screw in the center since there was a piece of the frame available. The other cabinet has no center support but it’s not as wide so I’m confident that the four corners will suffice. 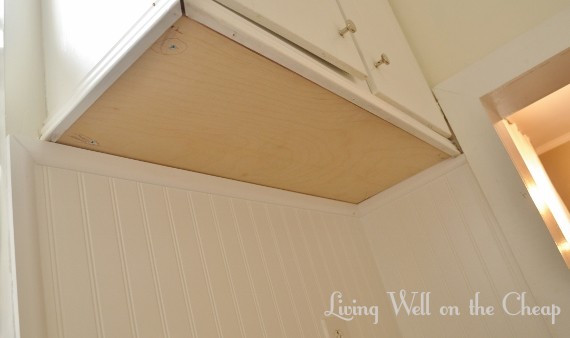 Now that they’re painted white they blend right in, which is exactly what I was going for. 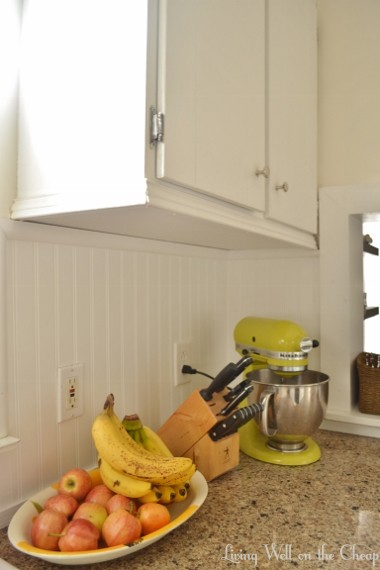 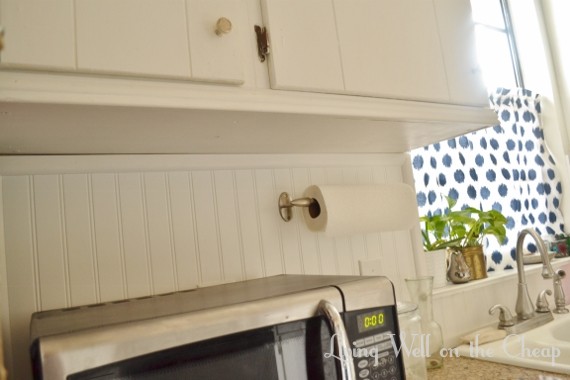 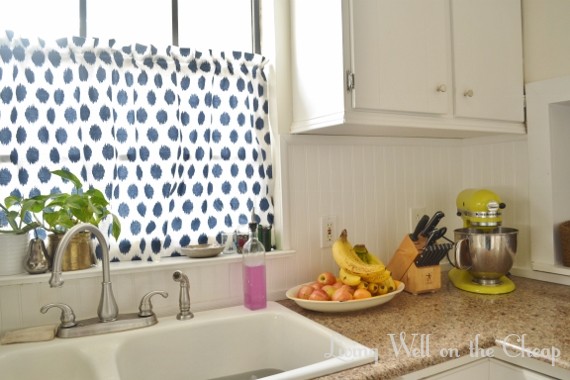 The stemware rack used to hang on the right side, but I’m planning to mount it between the refrigerator and the paper towels this time. We’ve rearranged some things as part of the recent changes and all of our drinking glasses are now in that cabinet. Makes sense to keep like with like, right? Plus I like having the knives and mixer over on the other side where they’re adjacent to the main food prep area. Once I finish up another project I’m working on in the pantry I’ll have room for the microwave in there and the wine glasses can go back to hanging neatly instead of sitting out on the counter. 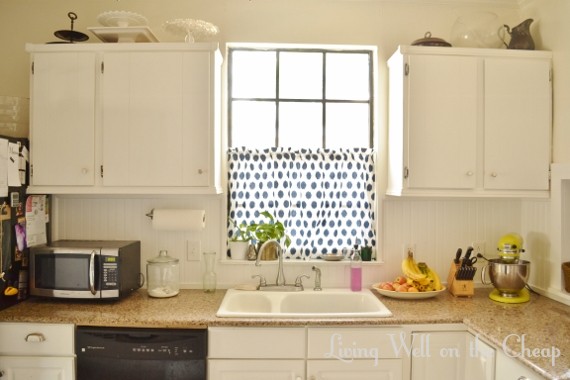 It’s so funny that I spent so long trying to figure out this solution and making it way more complicated than it needed to be, but when I finally came up with a good idea it took me only a couple of hours to knock it out by myself. It’s one of those little things that nobody would ever notice but the cabinets look much nicer and higher-end now (though in reality they are very, very old).

12 responses to How I Finished the Undersides of My Cabinets